The Coca-Cola Foundation in collaboration with United Purpose hosted a knowledge-sharing workshop on “The Role of Women Business Centre for Women Economic Empowerment including Social Protection” at Gopalganj.

The workshop shared information on the Women Business Center and how it economically empowers women and the importance of women’s entrepreneurship in community development, reads a press release.

The workshop was attended by 50 stakeholders including women entrepreneurs from Gopalganj, Jamalpur, Khulna and Bagerhat.

Shahida Sultana, DC of Gopalganj attended the workshop as the chief guest while Md Al- Mamun, UNO, Tungipara was the special guest.

The workshop was conducted via a panel discussion amongst the Women Business Center entrepreneurs and local key government officials.

Stakeholders at the session shared their thoughts on the role of the Women Business Center in establishing women empowerment in rural areas.

“Bangladesh is on the verge of becoming one of the developed nations in South Asia. Joint efforts such as Women Business Centers by The Coca-Cola Foundation and United Purpose play a vital role in bringing out the full potential of the population. Through such programs and training, women from our rural and marginalized communities can empower themselves to not only support their families but contribute significantly to the socio-economic development of the country. The impact is collectively felt by the society.” said Shahida Sultana.

In 2010, The Coca-Cola Company announced a global 10-year initiative to enable the economic empowerment of five million women entrepreneurs across its value chain by 2020, under the banner 5by20.

To align with the global commitment The Coca-Cola Foundation, in partnership with United Purpose, established Women Business Centers in rural areas of Bangladesh to bring economic empowerment to rural and marginalized women.

During the first phase of the initiative 70 WBCs in Jamalpur, Khulna, and Bagerhat districts directly impacted on well-being and economic empowerment of 100,000 women and indirectly 400,000 people.

Now, the initiative has embarked on the second phase with the goal of empowering 40,000 women entrepreneurs through 30 WBCs in Sunamganj and Gopalganj.

Through these business centres, women received were trained in business management, IT, poultry farming and developing their existing skills. The Women Business Centers also provided loans, and space to operate their businesses and even sell their products from WBC establishments.

“Through United Purpose, women are being empowered to build careers, assets, and lives of self-sufficiency,” said Saadia Madsbjerg, president of The Coca-Cola Foundation.

“There is no better investment than creating a climate where people can thrive and achieve success.”

The Coca-Cola system in Bangladesh and The Coca-Cola Foundation has been playing a significant role in supporting Bangladesh to achieve Sustainable Development Goals (SDGs) set by the United Nations.

The local implication of the company’s global initiatives such as Water Stewardship and World Without Waste has been actively contributing in community development across their value chain.

It has invested more than $1.4 billion in protecting the environment, empowering women to thrive and enhancing the overall well-being of people and communities. 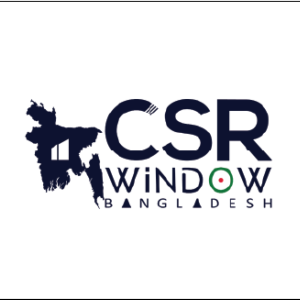 Bkash and BGMEA team up to boost book donations to underprivileged

“If a common platform is created where companies, individuals who have notablecontributions to CSR, will gather and share their expertise, planning, managementprocess, then CSR of

Our Top 5 Tips For Starting Your Social Business

So You’ve found an issue you care deeply about. Maybe it’s affected you, someone you love or maybe it’s just something that troubles you. No